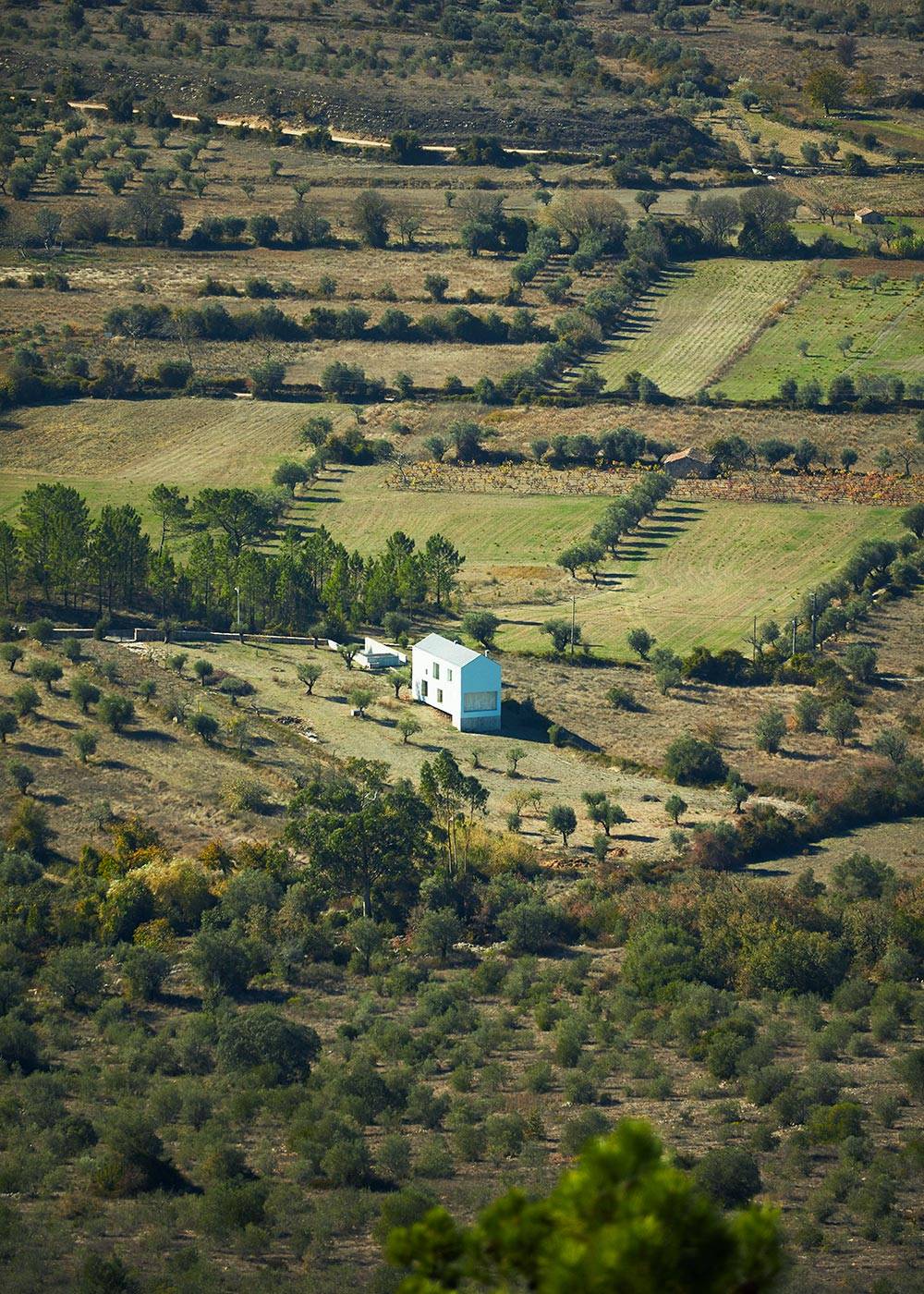 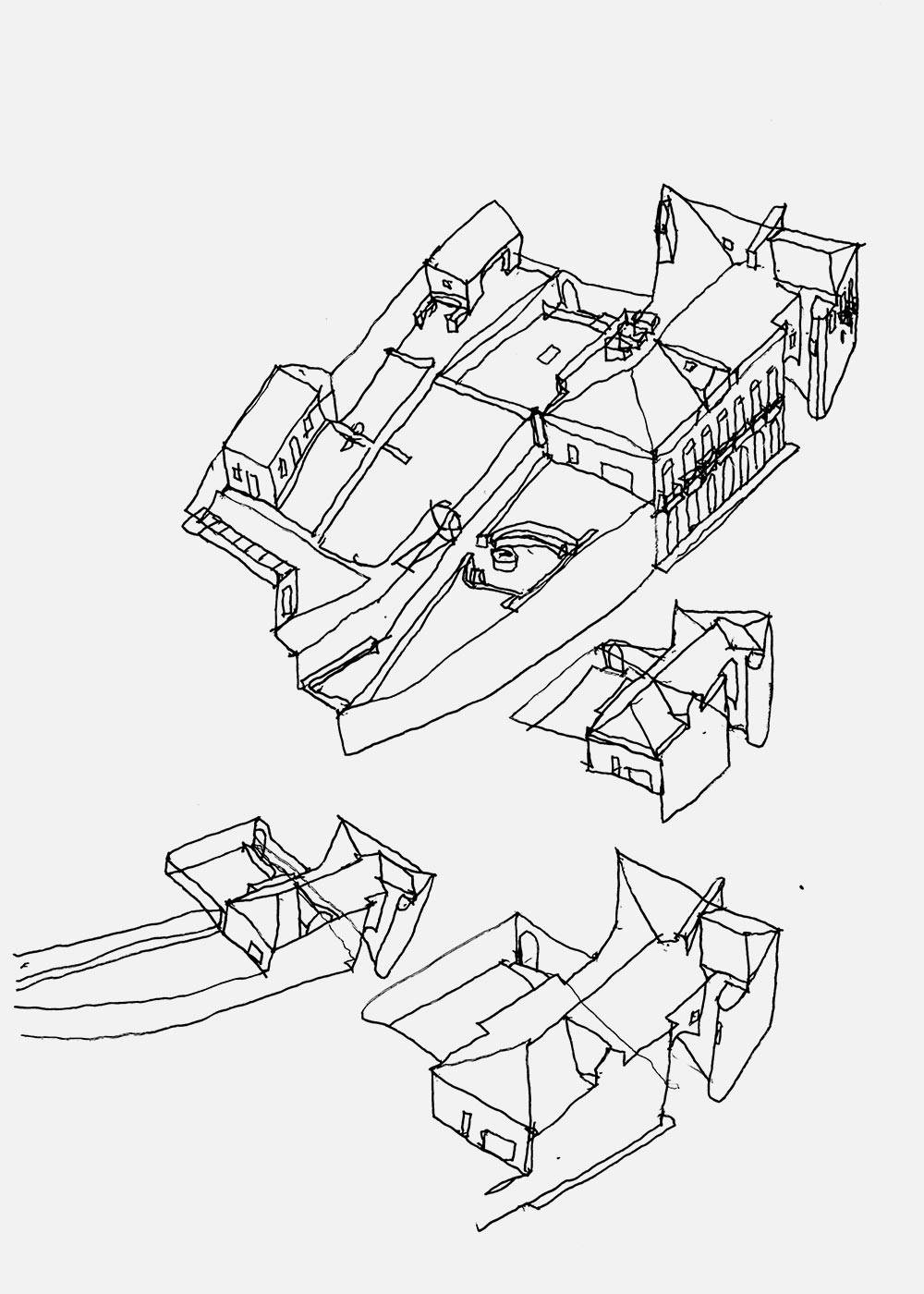 “I think good architecture has to move us and stir emotions.”

The architecture of João Mendes Ribeiro is where everything intersects: time, where the historic merges with modernity; space, where the landscape and the building are one; and movement, where the inhabitant’s experience is central. The Coimbra-based architect’s emotive designs have won prestigious awards including the RIBA Award for International Excellence and the European Union Prize for Contemporary Architecture. Ribeiro has also won awards for his stage designs for theatre and dance — work that broadens his understanding of space, scale, lighting, and movement: “I am deeply influenced by other artistic and disciplinary areas, like visual arts and performing arts. My work comes from the constant experimentation between the two. This brings about unexpected connections and styles that redefine the limits of architecture.”

Ribeiro was educated at the Architecture Faculty of the University of Porto (FAUP), co-established by highly influential architect and educator, Fernando Távora, whose methodology has inspired numerous contemporary architects including Pritzker Prize-winning alumni Álvaro Siza and Eduardo Souto de Moura. The approach Távora espoused, modernity with sensitivity for history and locale, has created an exceptional generation of Portuguese architects who have given this small country significant international recognition. Távora’s influence on Ribeiro came not only from education, but in the workplace: “I was Fernando Távora’s assistant at Coimbra University Architecture Department for seven years and for that time I had the privilege of observing his sensitivity and wisdom. In many conversations, inside and outside of the department, I learned from him the importance of the relationship between heritage and new buildings. Távora always knew how to work with pre-existences, designing modern architecture which is sensitive to local shapes and values and establishing a possible synthesis between tradition and modernity.” 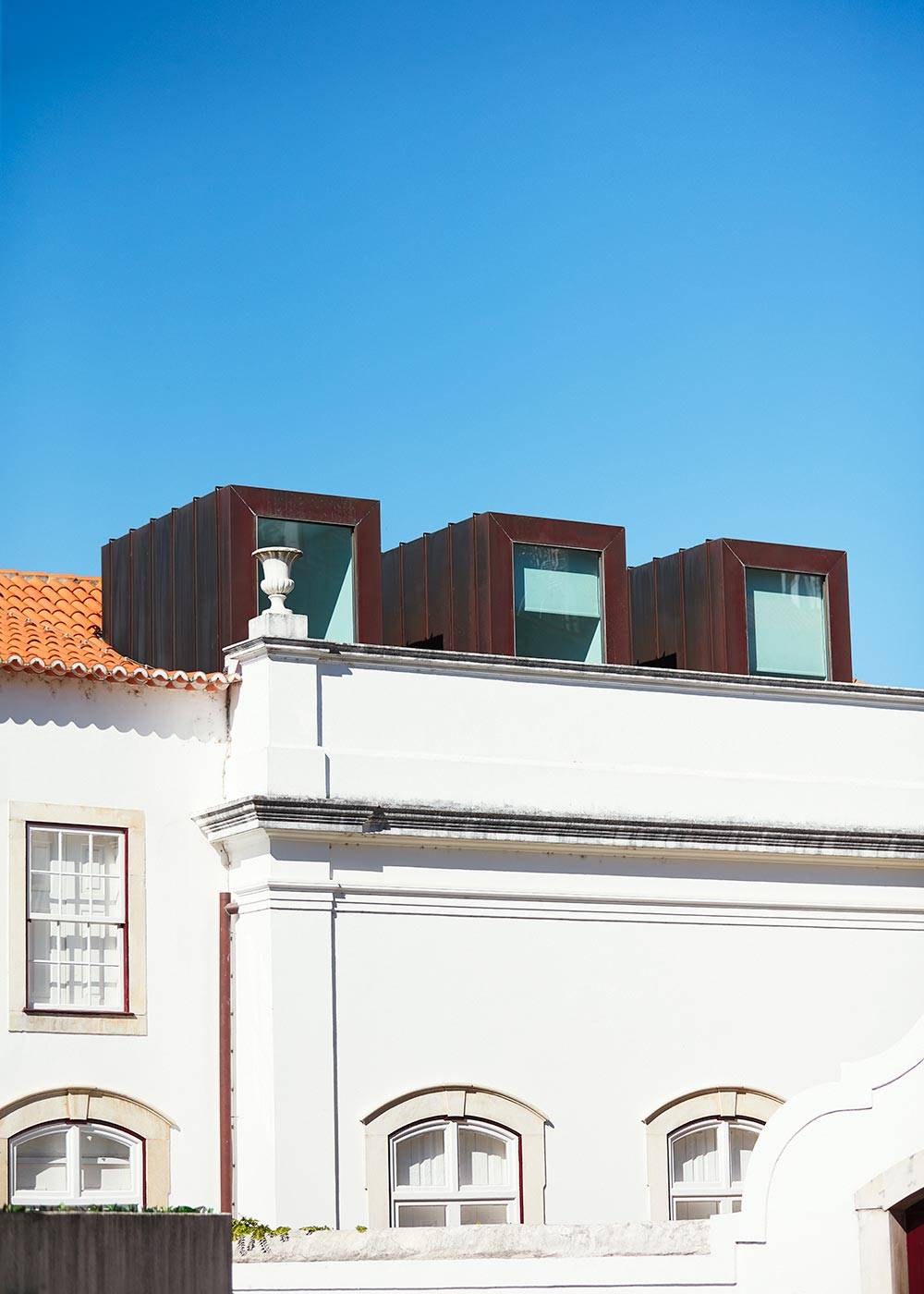 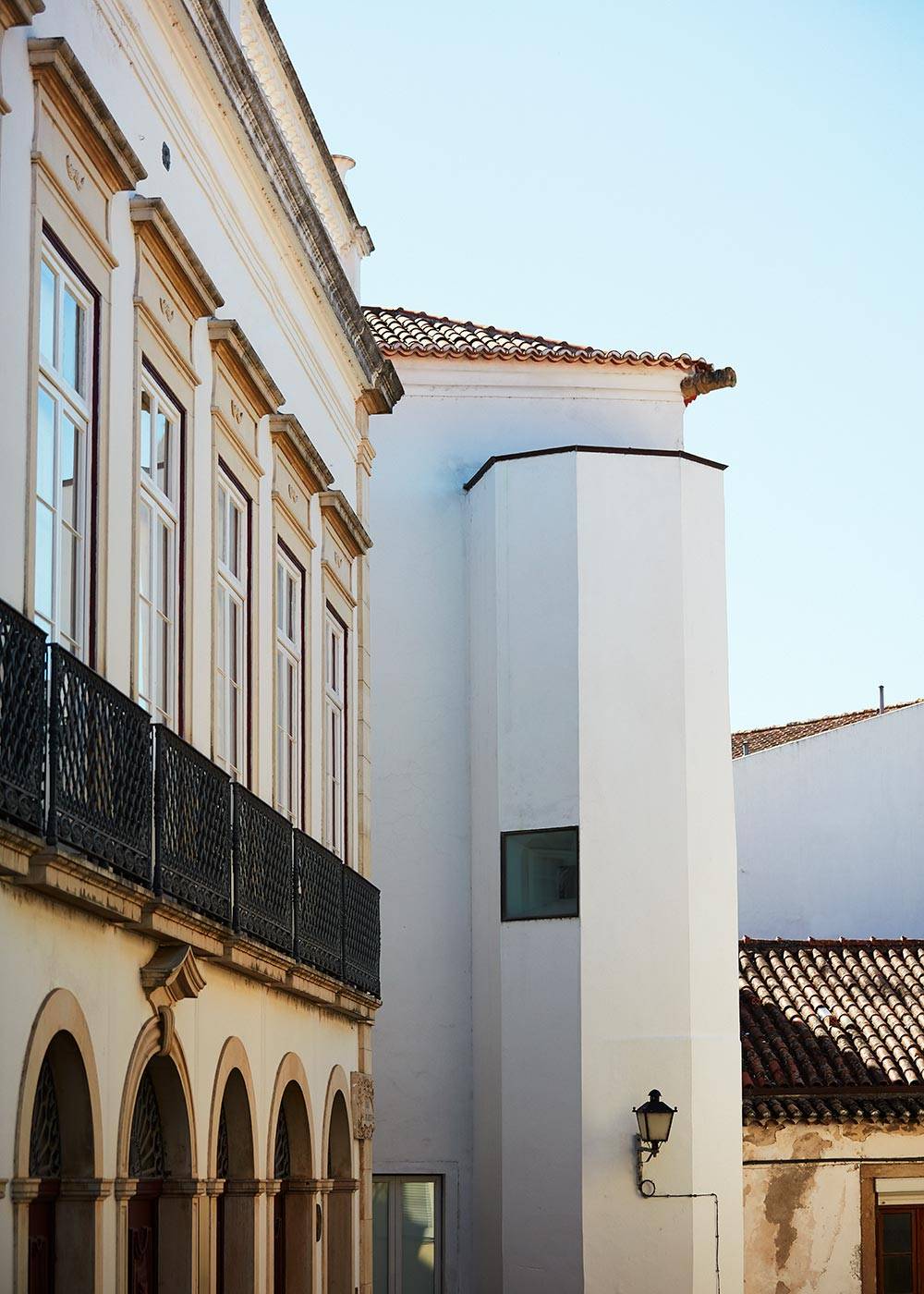 While the core values of Ribeiro’s work are shared with his contemporaries, his creative vision is unmistakably his own. His modern interventions seem to venerate the historic elements, amplifying them. His projects show a restraint, a focus on the essential, from which life bursts forth. The landscape seems like liquid, penetrating the walls of his buildings, through oversized windows or the choice of materials. “I am constantly looking for a way to connect and bond the building and the people with nature and geology.” 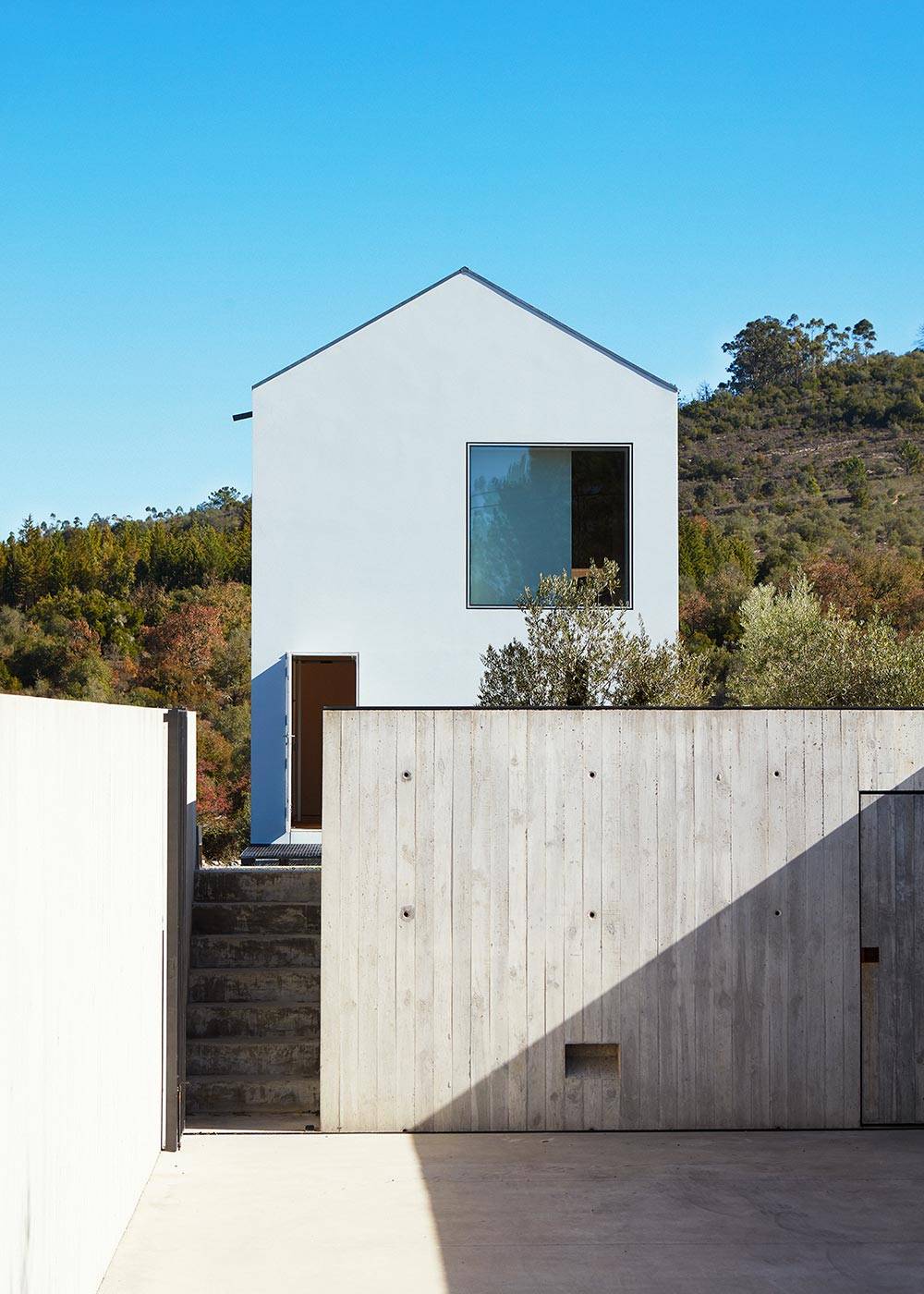 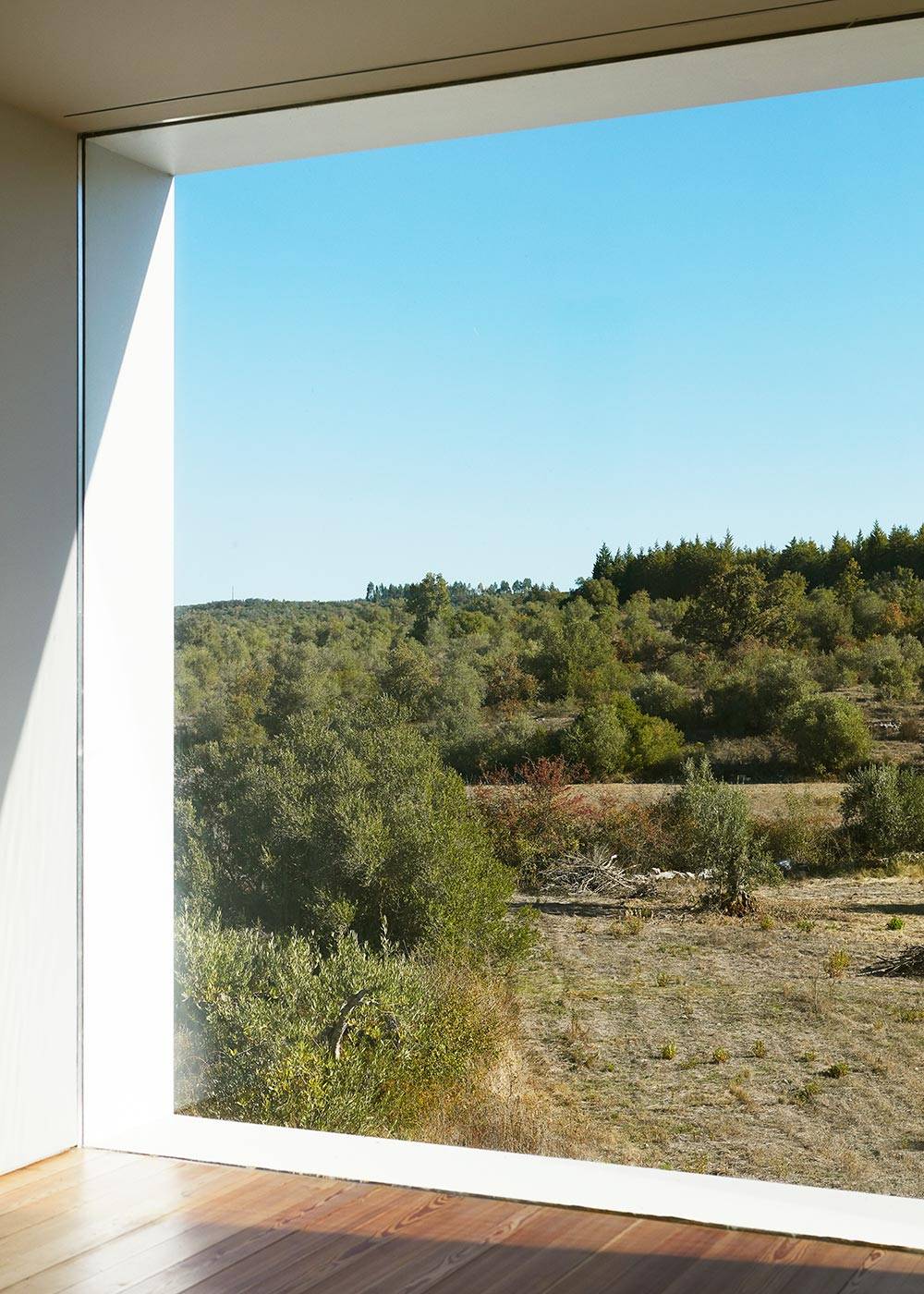 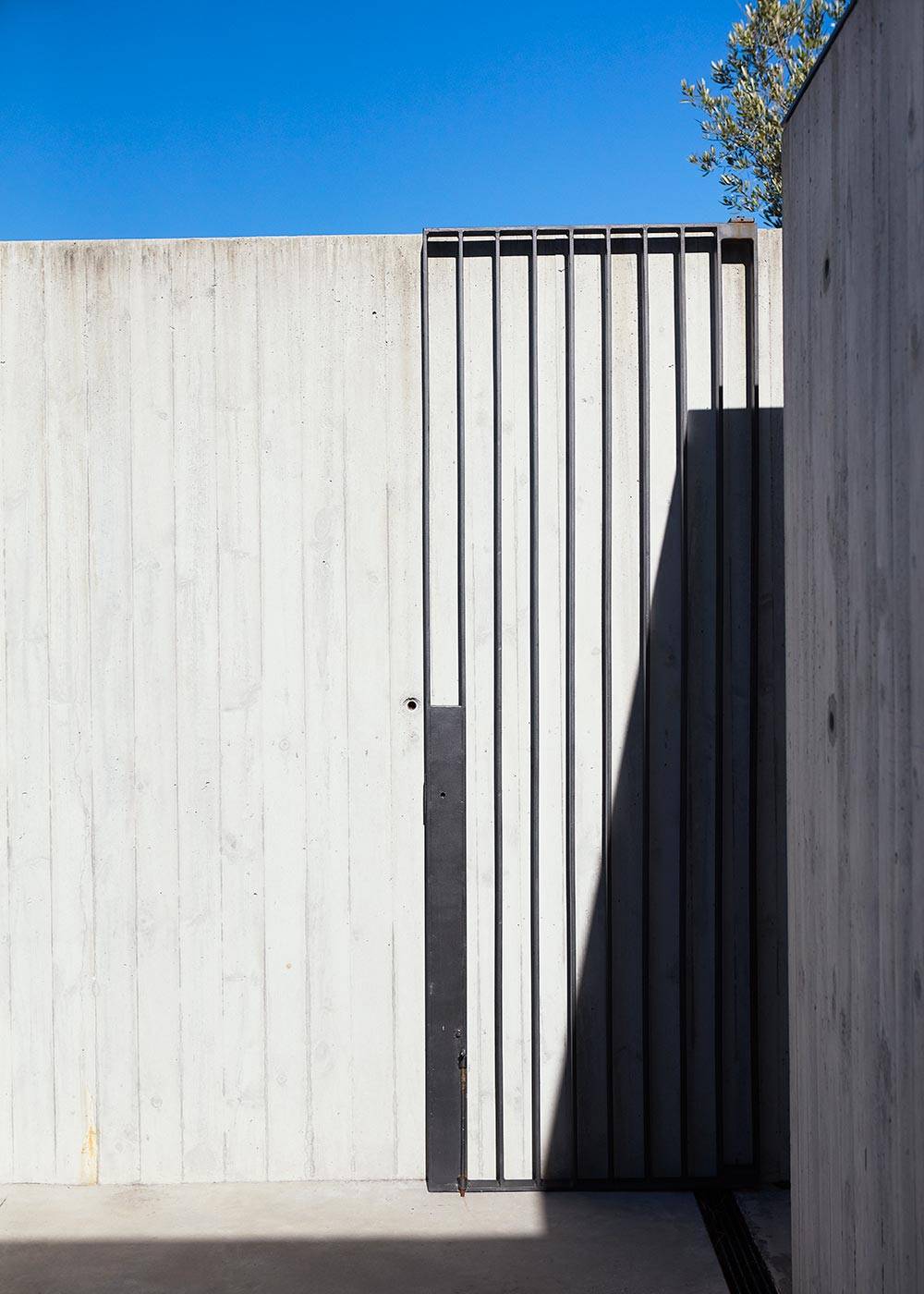 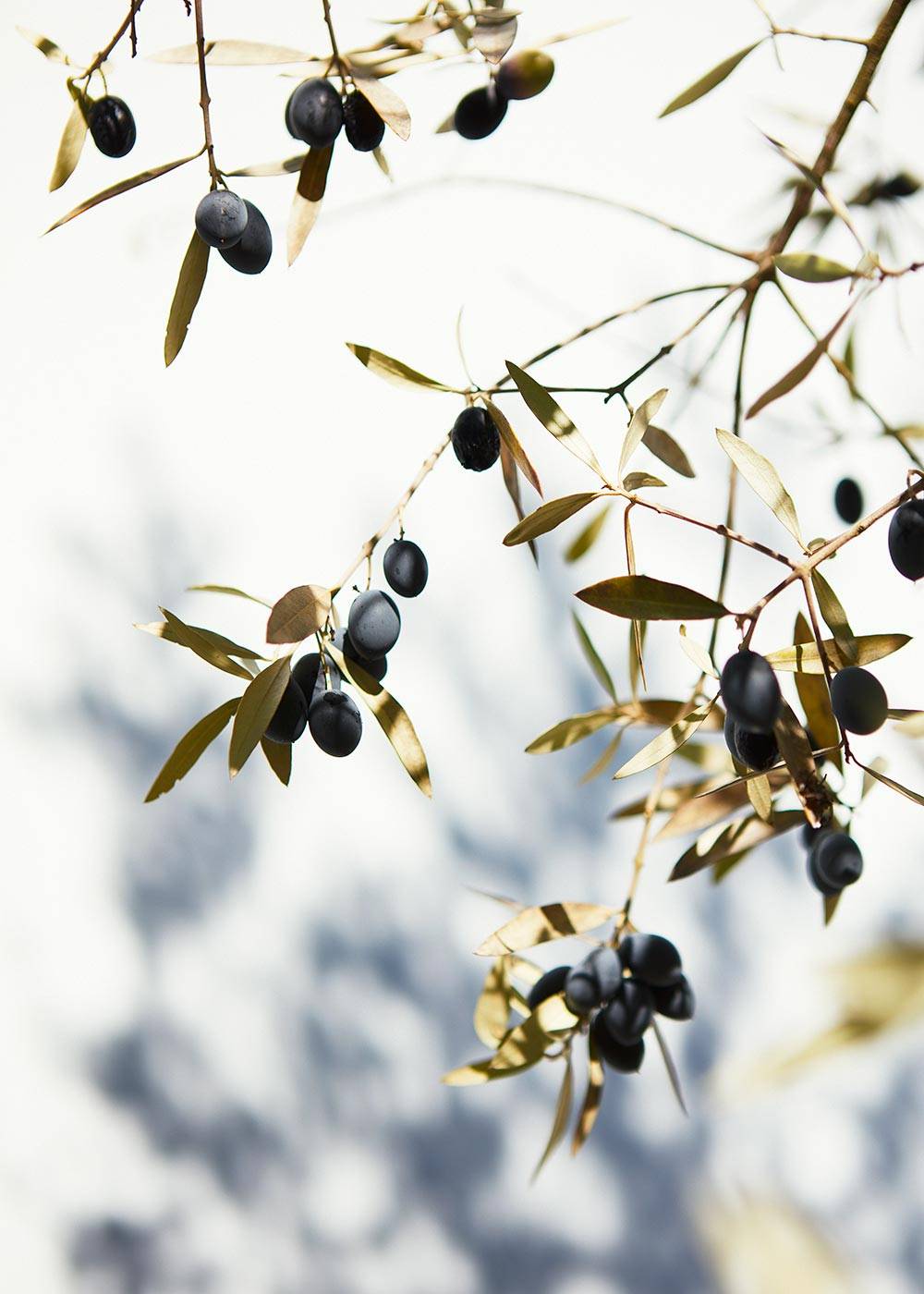 Materiality focuses on the local and the true: “The use of materials that are deeply connected with the rigorous construction process (artisanal, in some cases), are the principal features of my work. The choice of materials in each project translates a certain rapport with the territory, which is a concept that is very dear to the tradition of the Architecture Faculty of the University of Porto (FAUP). Therefore, colour and palettes are always given by the natural colour and texture of the handmade or natural materials we use.”

Sketching is an important part of his design process, and is where each project begins: “For me, it’s essential to ‘think’ the project through the process of sketching. Sketching is a constant tool that I use and it’s part of a daily ritual. Sketching and drawing first starts as a copy of the site and its reality and later, as the project progresses, it transforms to an experimental act. Sketching is also a research tool wherefrom the architecture emerges, not as a technique, but as an evidence of life itself.” 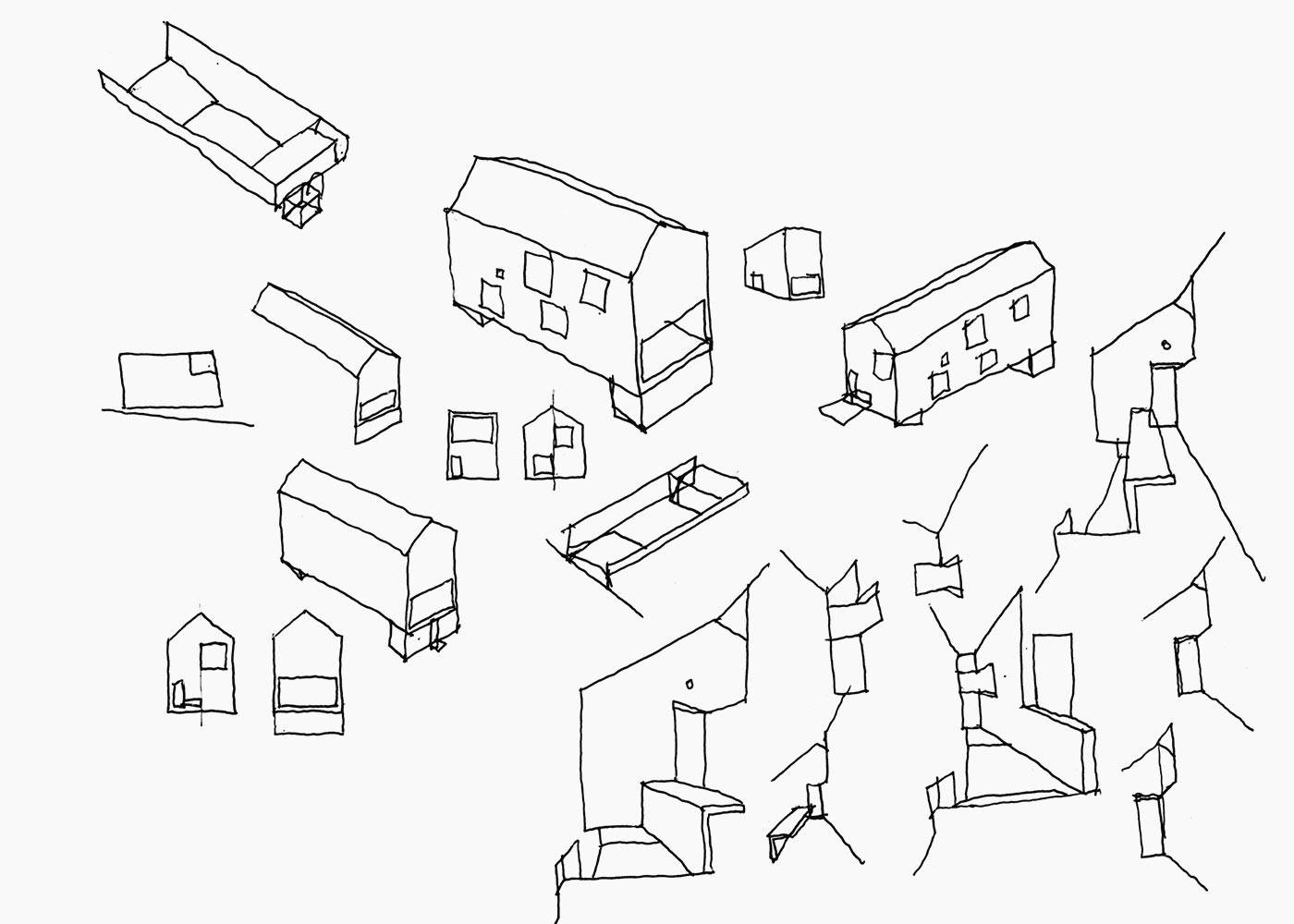 Ribeiro’s work most often focuses on renovation projects, where opportunities for fusing old and new abound. He explains the fusion thus: “In a refurbishment and rehabilitation project I am always interested in using the existing building and exploring the qualities and potential of the spaces it contains. Each specific or peculiar feature of the existing building is a pretext for change in the project, in order to incorporate it in the design of the space. In order to comply to modern necessities, in some projects we will admittedly design that which is ephemeral in confrontation with that which is perennial (the building). As such, temporary equipments and furniture allow for different compositions and layouts, creating flexible spaces in accordance with the new uses ... the constructed space (or the archive of memories) embraces the variable space, in a way mirroring the fleeting intensity of contemporary life.”

The approach may be carefully calculated, but the result is one that feels absolutely organic, as if the building and landscape have always existed in that way. “In the end, I think good architecture has to move us and stir emotions.” 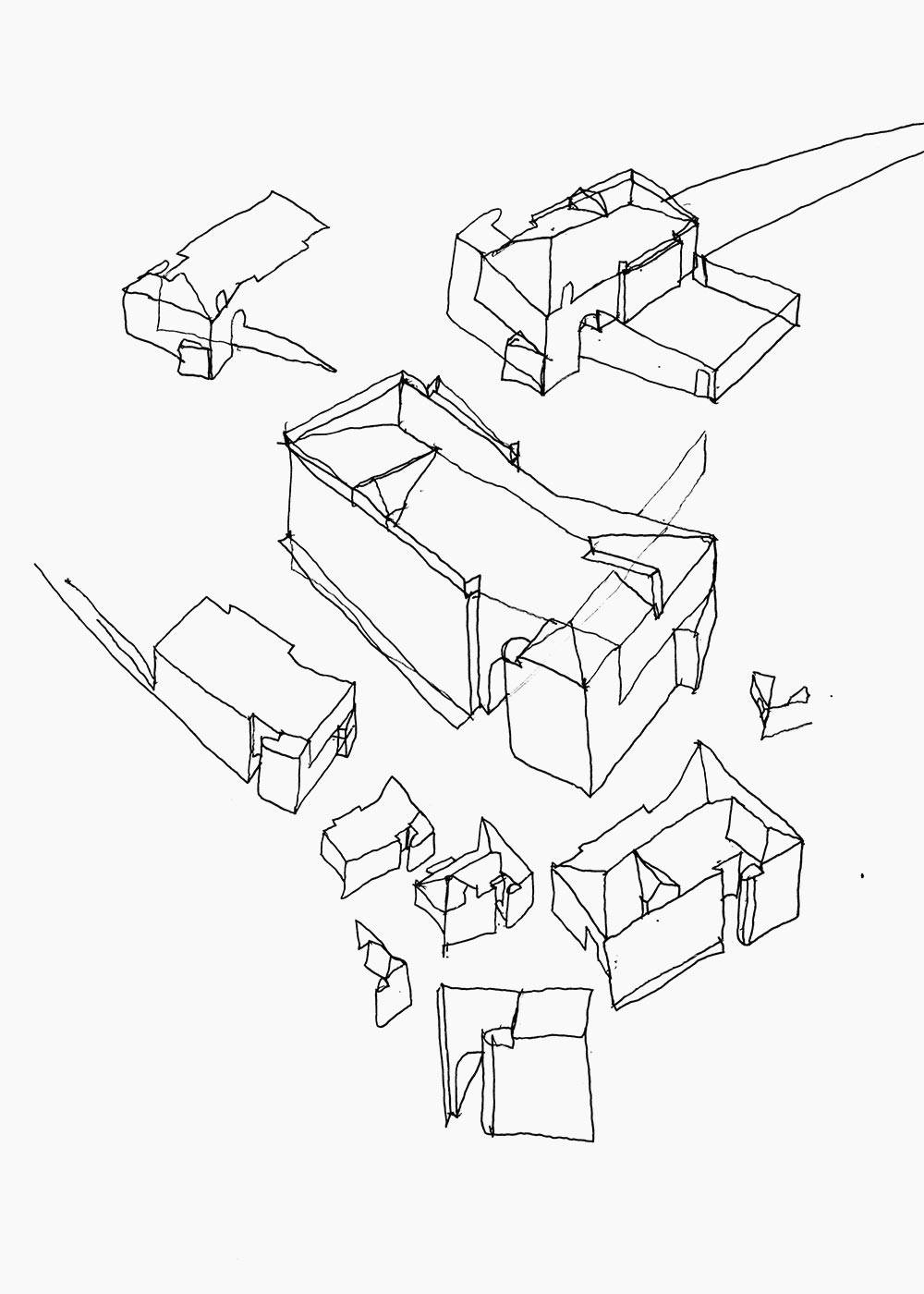 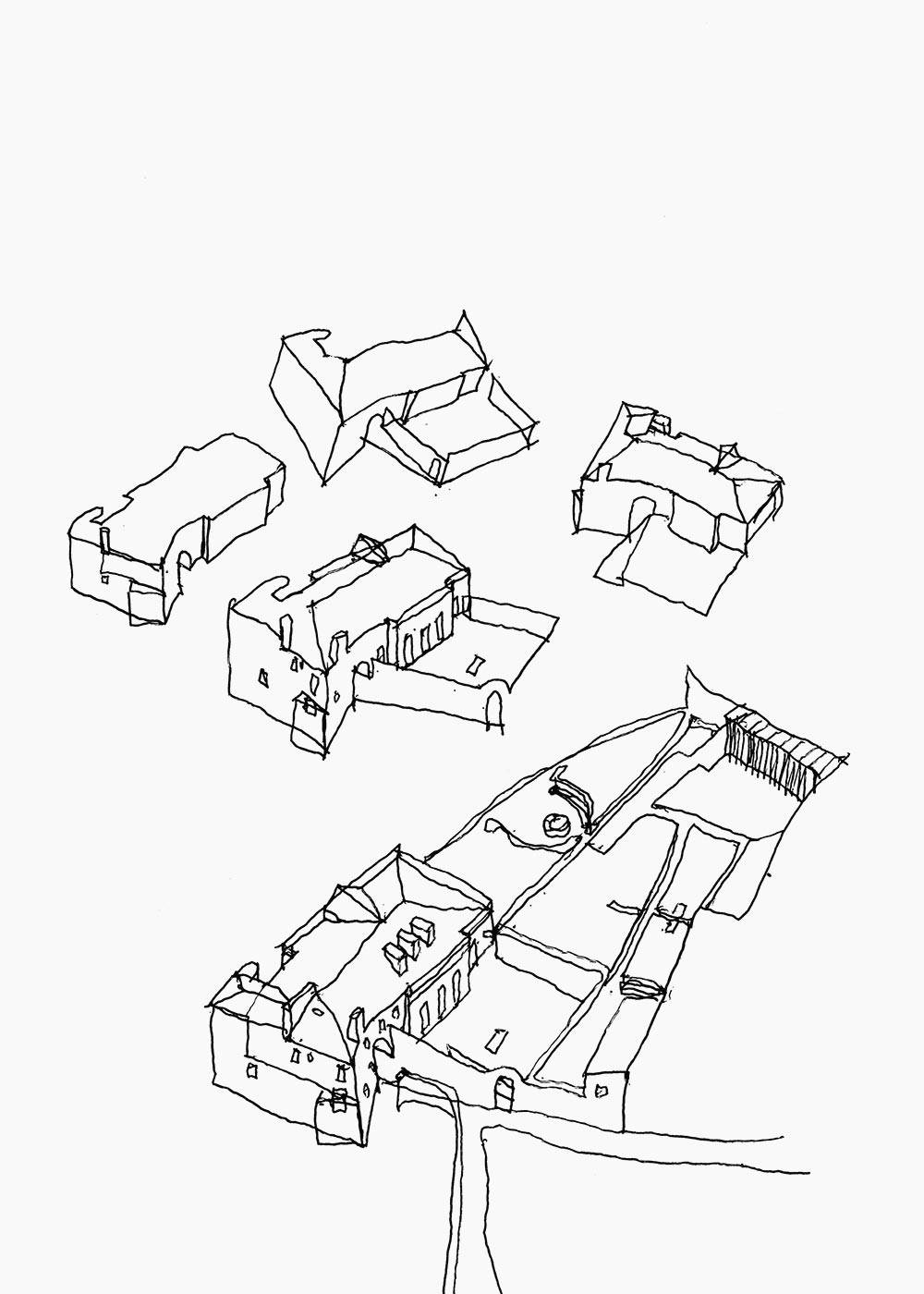 “I started Fonte Boa’s project after finishing a project of a traditional hay barn conversion. I was also inspired by the traditional Portuguese espigueiro, a kind of barn used to store and dry corn, elevated from the ground. But foremost, I reinterpreted the Portuguese traditional single family house – a two-storey rectangular volume with a pitched roof, designed with a simple and operative principle, in a familiar and domestic scale.” 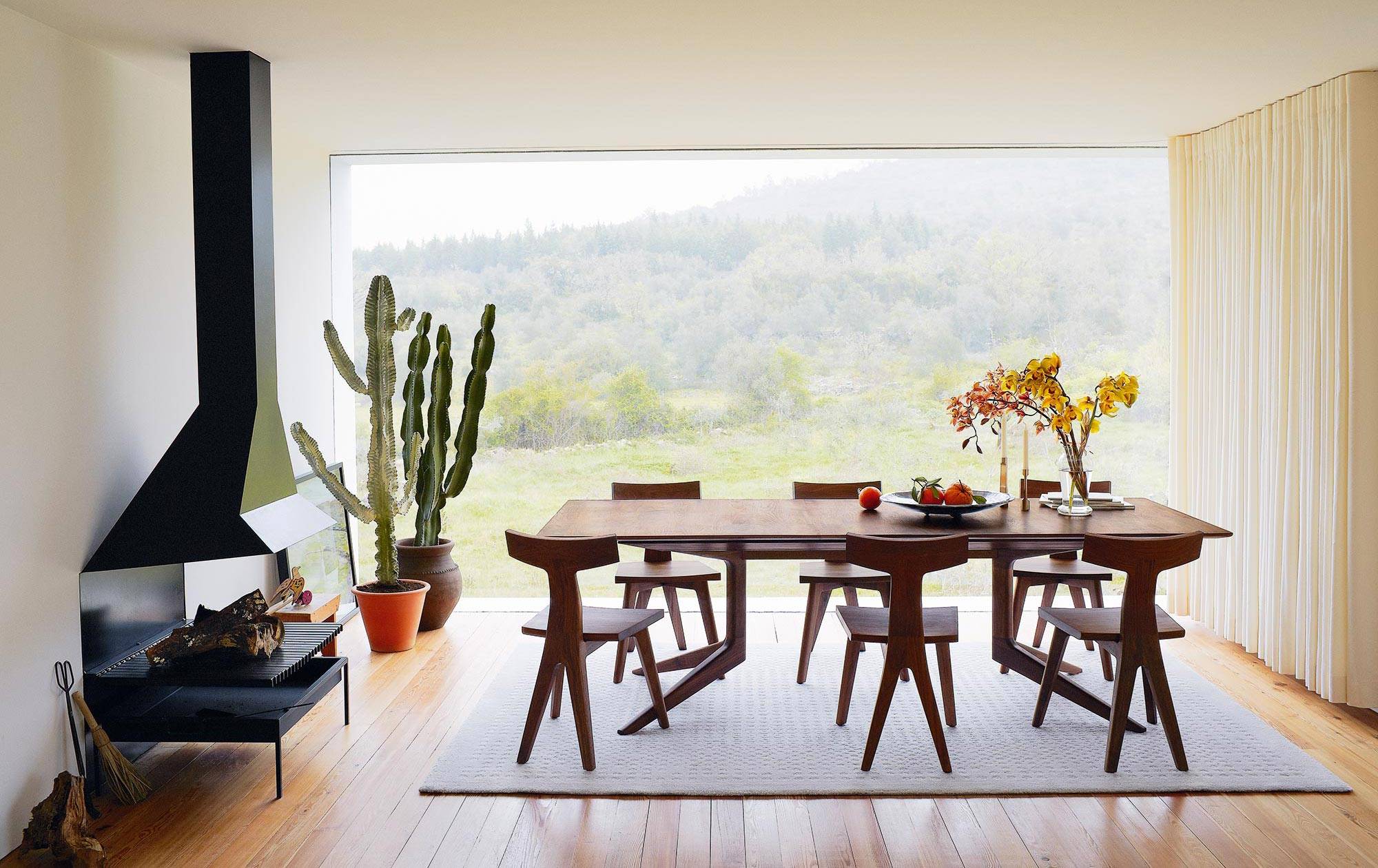 “Casa da Escrita’s project is the winning proposal of a competition promoted by Coimbra City Hall in 2004. One of the main features of the project is to reuse the building in a contemporary way, and give it new meaning. The project is focused on restoration and preservation, integrating new living uses which allow to maintain the memory of the building. In Casa da Escrita we are not looking for unnecessary ruptures, but rather for a hybrid time, which is achieved by consolidating materiality and thus establishes a relation between tradition and modernity.” 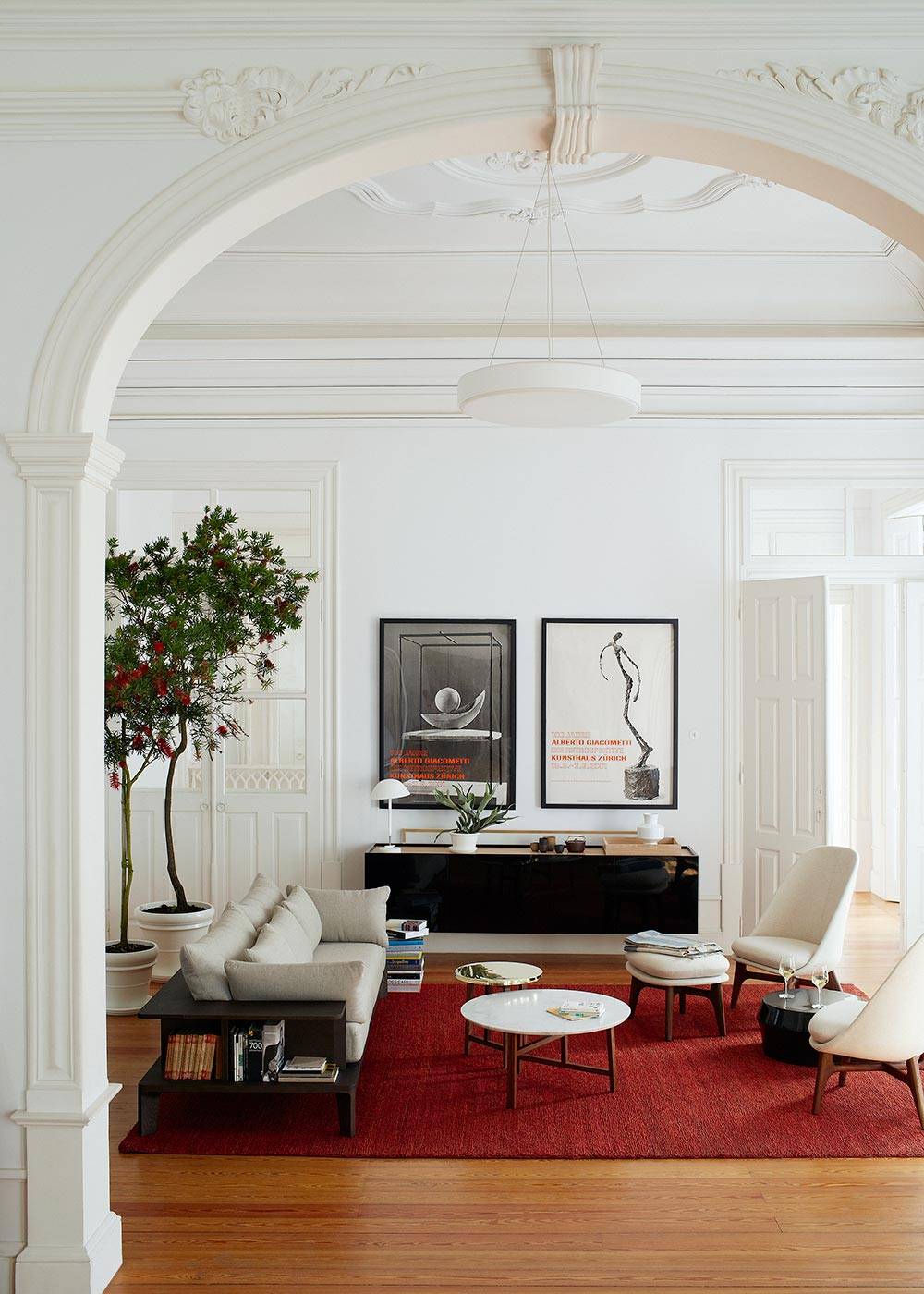 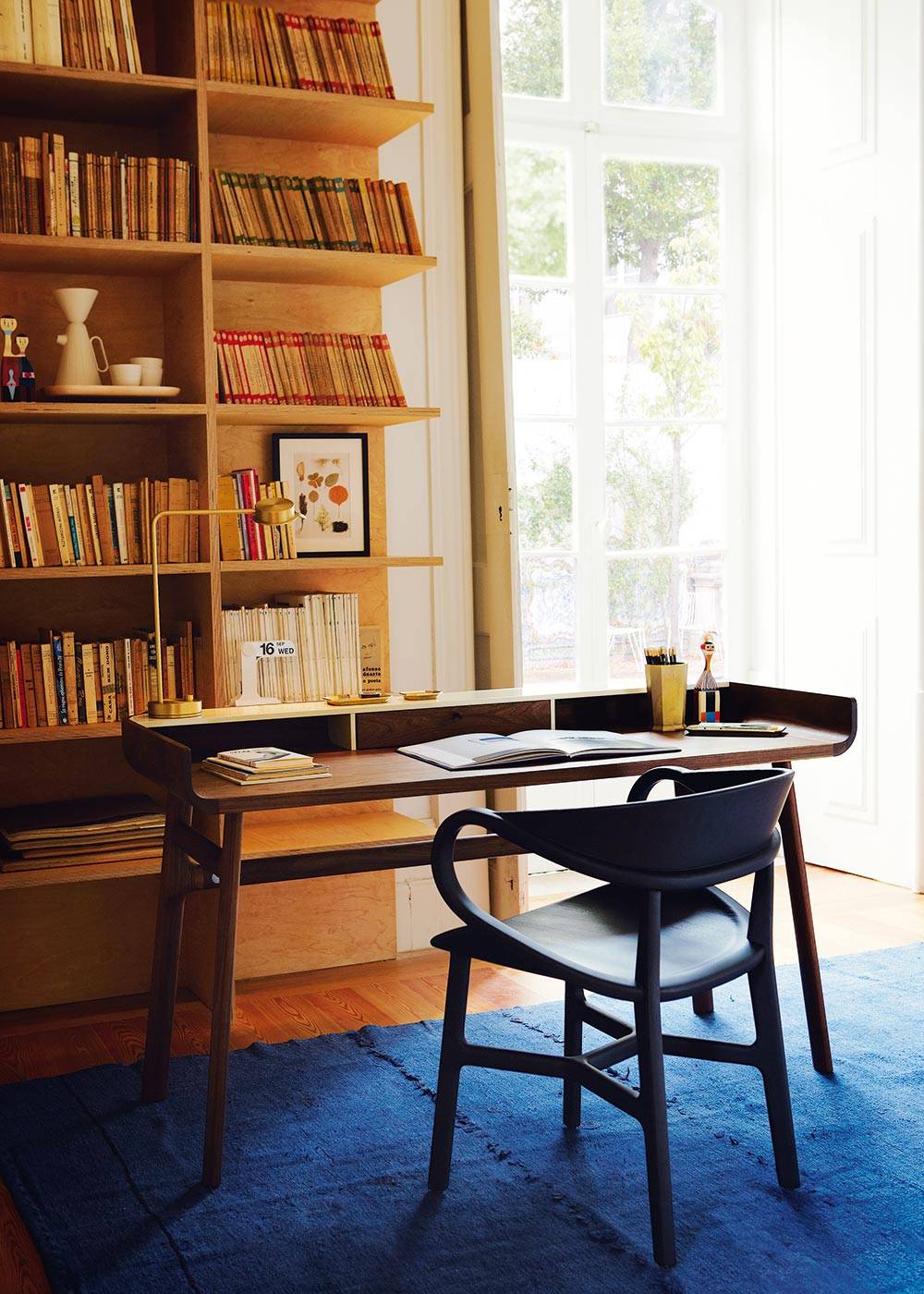