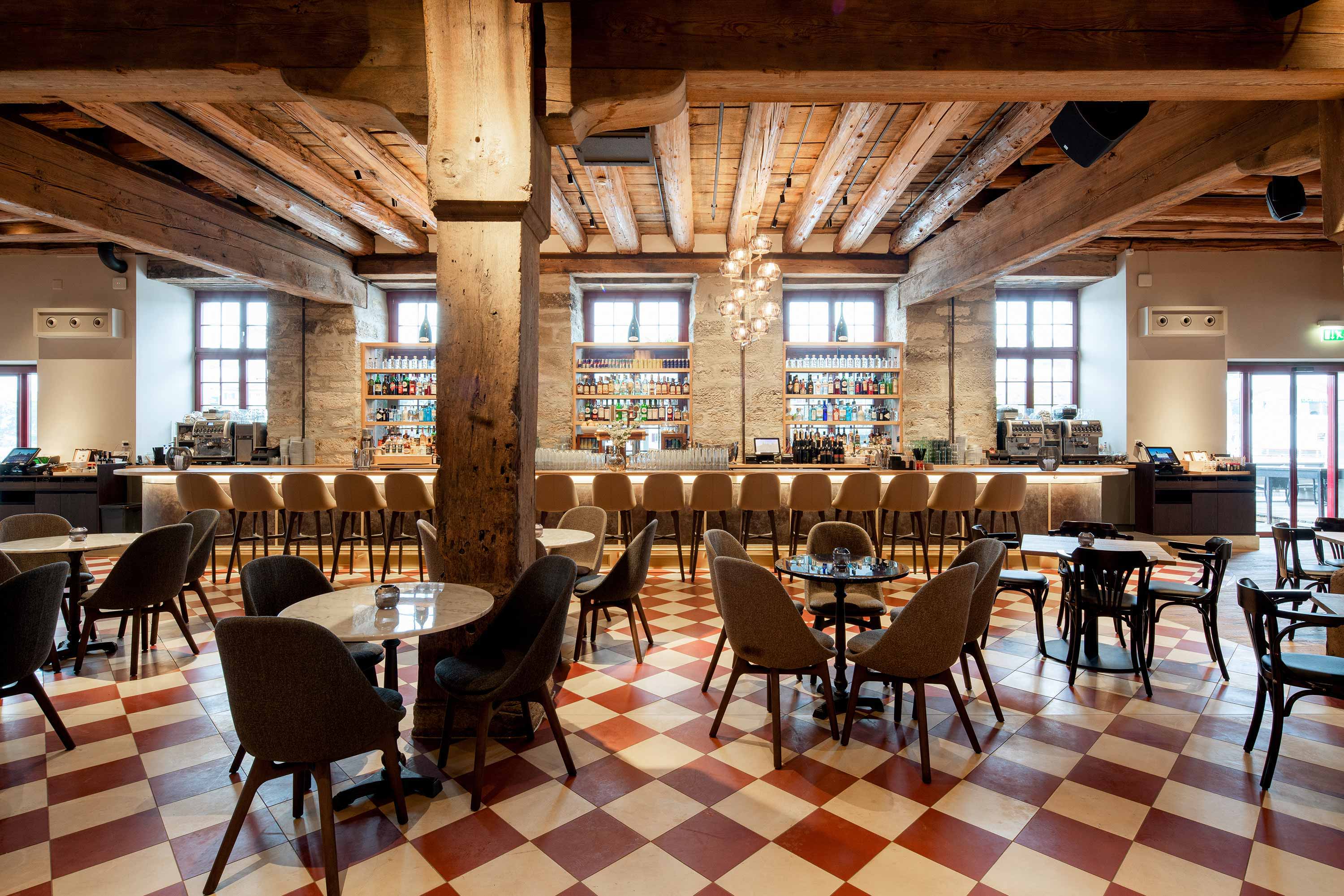 The Güterhof restaurant is located on the ground floor of a former salt storage in Schaffhausen, Switzerland. The building, dating from 1787, originally served as a stock turnover point for salt that arrived on ships on the river Rhine and awaited transport on land to the final destination.

The interior design team at Nader Interior focussed on bringing this impressive room back to life, maintaining historical elements while introducing modern interventions. The river Rhine, central to the building’s history, was incorporated into the design of the restaurant as a focal point for guests seated at the bar, itself a dominant feature of the space. The spaciousness of the site was embraced with an open layout that maintains an intimate feeling due to the various zones within: restaurant, lounge, cocktail bar and sushi bar.

Natural materials and an understated colour palette feature throughout the space. This is beautifully contrasted by the vibrant colours of the sushi bar and its integrated open kitchen, built as a cubical in the room.

Solo Dining Chair and Solo Bar Stool designed by Neri&Hu and crafted by De La Espada feature in the bar and lounge areas. 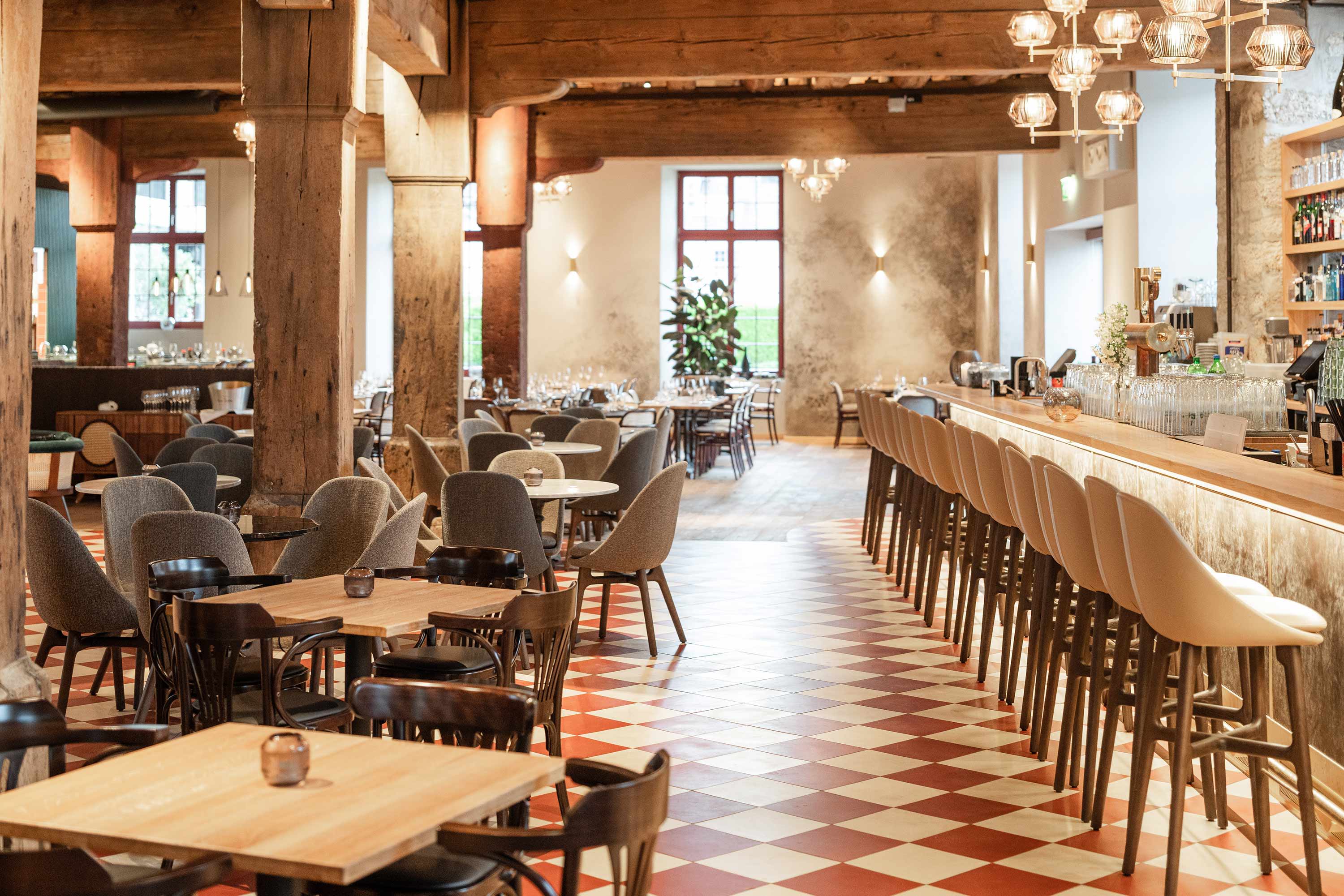